Merlin, SOGEPA, SFPI & SORESIC sign a "Head of Terms" to continue their collaboration on the opening of a LEGOLAND Resort in Charleroi

Leading attraction operator Merlin Entertainments Group, SOGEPA, SFPI and SORESIC have signed Heads of Terms - a non-binding memorandum of understanding - aimed at deepening their collaboration for the opening of a LEGOLAND® Resort on the former Caterpillar industrial site in Charleroi targeted for 2027. Through this agreement, Merlin Entertainments, SOGEPA and SFPI confirm their willingness to work together on this valuable and exciting project for Wallonia.

Initiated in 2019 the study for the opening of a LEGOLAND® Resort in Charleroi is progressing and has just hit a new milestone. On August 30th 2022, the project stakeholders - Merlin Entertainments Group, SOGEPA, SFPI and SORESIC - signed a first partnership agreement. This document sets out the main guidelines for future collaboration on this major project.

Led by Merlin Entertainments, the European leader in attractions and theme park sector (and the second largest in the world), the project to build and open a LEGOLAND® Resort in Charleroi not only holds the promise of regenerating the former Caterpillar site with a strong and globally recognised brand such as LEGOLAND® but with Merlin’s expertise and successful track record in developing similar complexes. Creating over 1,000 jobs from the very first day of operation, the project would also strengthen the wider tourism ecosystem of continental Europe at large and of Wallonia in particular.

“This is another exciting ‘building block’ laid for bringing a potential LEGOLAND Resort to the many LEGO Fans across Wallonia, Benelux and Northern France. We will continue to work closely with the Walloon Government and the City of Charleroi and our stakeholder partners at SOGEPA, SFPI and SORESIC to hopefully make this vision an awesome reality.” 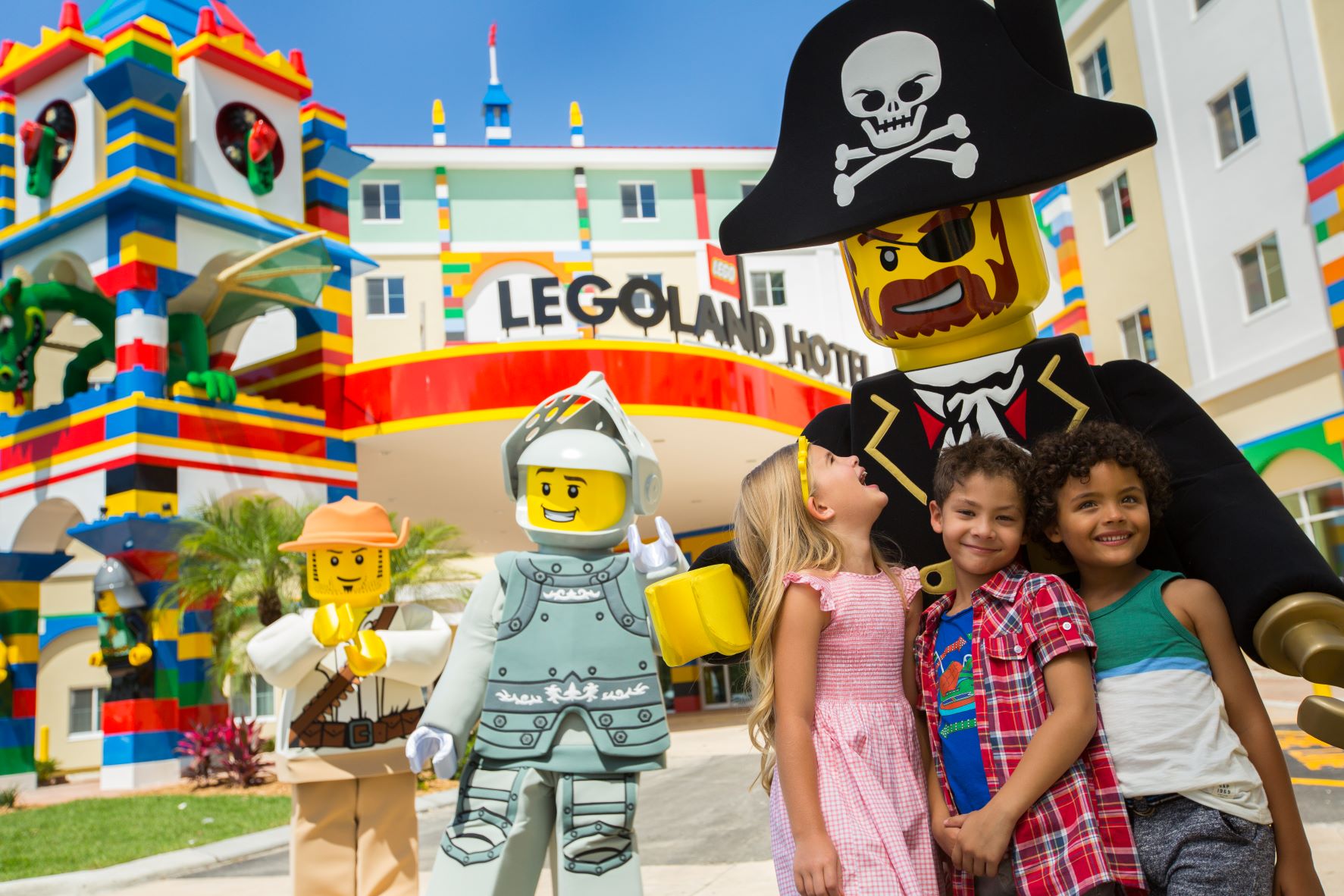 "I am pleased in more than one way that Wallonia can welcome this investment. First of all, it allows us to turn the page on the disaster that was the closure of Caterpillar. Suffering is now giving way to hope, and new employment prospects are being offered to the workers of our Region. It also demonstrates that Charleroi, like the Walloon Region, is resilient and looking to the future and to recovery. The Government, through its ambitious Recovery Plan, intends to reinforce this dynamic.”

"With the project to establish a Legoland in Charleroi, we are taking a new step in a strong and constantly developing sector: that of leisure and tourism. The Walloon leisure ecosystem is already well developed and this project will strengthen it in the best possible way, as Lego is a strong brand that is appreciated by the majority of people. It is therefore an opportunity to be seized for Wallonia, both for employment, the visibility of our Region and the economy as a whole. The Legoland project will also make it possible to achieve a major objective of the Government: to rehabilitate our industrial wastelands. The former Caterpillar site provides a concrete response to the needs of the Merlin group, while at the same time meeting those of the Charleroi basin and, more broadly, of Wallonia, with the creation of around 1,000 jobs that cannot be relocated and certainly more because of the additional indirect jobs that would be created.” 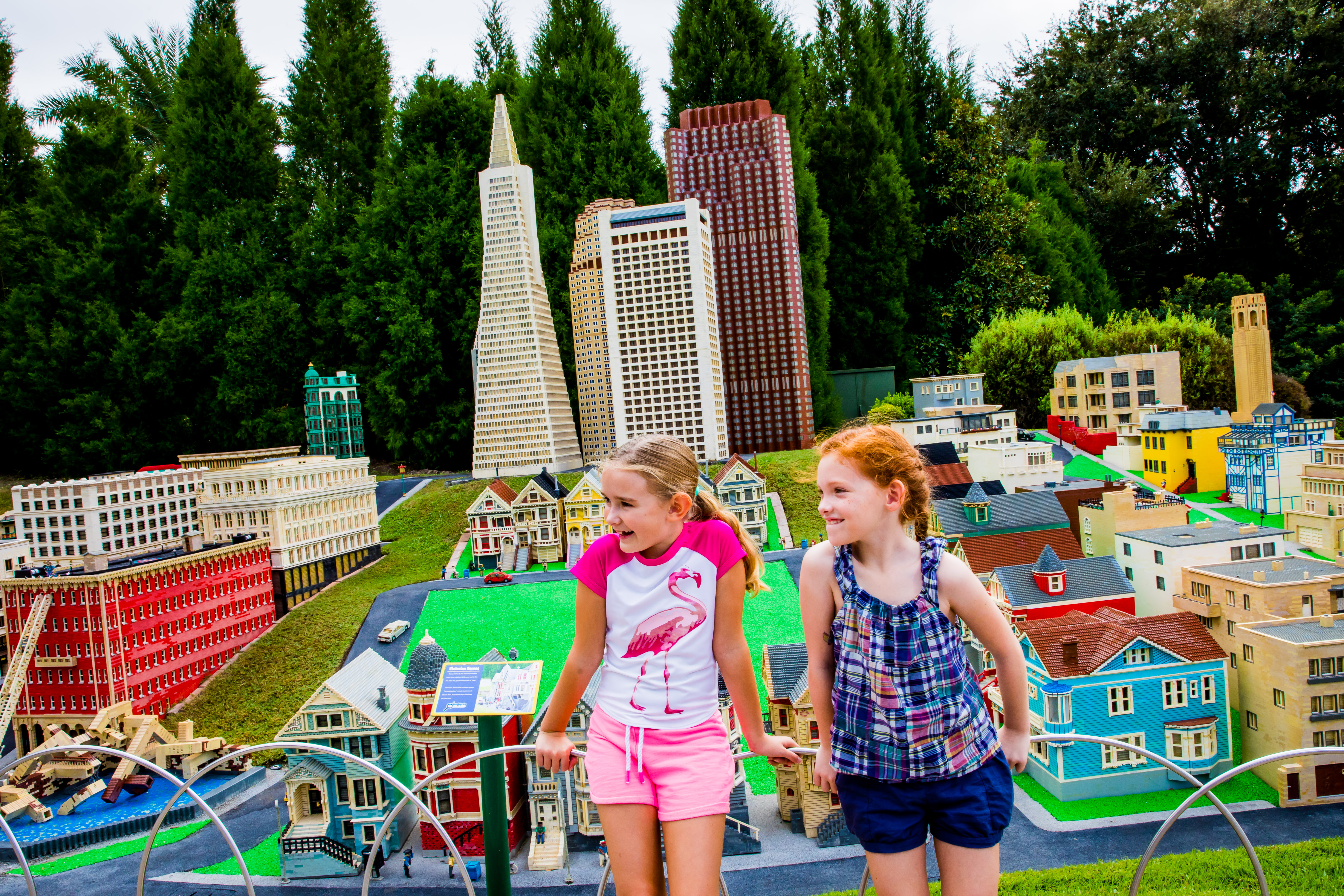 LEGOLAND®, the expansion of a strong brand

The technical and market studies carried out showed the potential of a location on the former Caterpillar industrial site, situated in the centre of a densely populated area and close to major transport facilities: motorway junctions, a well-developed rail network and a well-served airport. The strong appeal of LEGOLAND® Resorts leaves the prospect of a potential 21 million visitors located within a two-hour drive. A LEGOLAND® Resort will typically attract in the range of 1.5-2m visitors per year. With the strong market base supporting this site we believe this can also be obtained for LEGOLAND® Resort in Charleroi.

The park and its infrastructure will initially cover an area of 70 ha, which means that a land reserve of 20 ha will be set aside for future extensions or developments.

The first few months of this year have been used to work actively on three aspects with a view to making a final decision by the end of 2022: the detailed technical master plan and, in particular, the costing of the investment to be made, the structuring of the project and the setting out of the key principles of the collaboration through a Head of Terms.

Approved on 29 August by the Boards of Directors of SOGEPA, SPFI and SORESIC, the LEGOLAND® Resort project in Charleroi is based on an estimated investment of between 370 and 400 million euros, which would make it the second largest investment of the last 10 years in the Walloon Region after Google in Mons. In concrete terms, the investment will be shared between the Merlin Group, SOGEPA, SFPI and a number of banking partners, with a share for Wallonia of around 100 million euros net depending on the budgetary analysis currently underway.

In the current hyperinflationary context, the investment cost must be further studied in the coming weeks and months in order to remain acceptable to each of the stakeholders. The Head of Terms also provides for an exit option for each of the stakeholders in case the costs explode. This explains why a final decision on the LEGOLAND® Resort project in Charleroi is expected by the end of 2022, with a park opening targeted for 2027.

The signed Head of Terms also specifies the structure of the project. Under the agreed plan, SORESIC, the current owner of the land, will be responsible for transforming the site to allow the construction of the park. Transformation means deconstruction and soil remediation operations. The collaboration scheme also provides for the Merlin Entertainments Group to be in charge of managing the operations of the theme park on a site that will be acquired by a joint venture between the Group, SOGEPA and SFPI.

The project for the construction of a LEGOLAND® Resort in Charleroi is therefore firmly anchored, especially since, as far as the technical master plan is concerned, there are no contraindications to the various implementation scenarios. This economic project is ambitious and its completion would generate significant positive spin-offs. Among the benefits of its implementation, we should mention:

Jobs created: Over 1,000 jobs from the opening