Merlin Entertainments today announces that it has entered into a formal co-operation agreement with the Shanghai Jinshan District Government, CMC Inc. and KIRKBI to develop a LEGOLAND® Resort in the Jinshan District of Shanghai, China. This follows the signing of a framework agreement in November 2019, announced as part of the China International Import Expo.

Under the terms of the agreement, all parties will form a joint venture company and contribute funding to the construction and development of LEGOLAND® Shanghai. The total project investment is expected to be approximately $550 million. Construction of the project is planned to start next year, and the Resort is expected to open in 2024.

LEGOLAND® Shanghai will be one of the largest LEGOLAND® Resorts in the world and will incorporate a 250-room fully themed hotel on opening. World-leading creative, design and construction teams will work together to create an immersive theme park, drawing inspiration from famous scenic spots in Shanghai, Jinshan District and the town of Fengjing. It will be located in the Jinshan District in south west Shanghai with a two-hour catchment of 55 million people. The region comprising Shanghai, Jiangsu, Zhejiang and Anhui has an estimated population of 220 million. 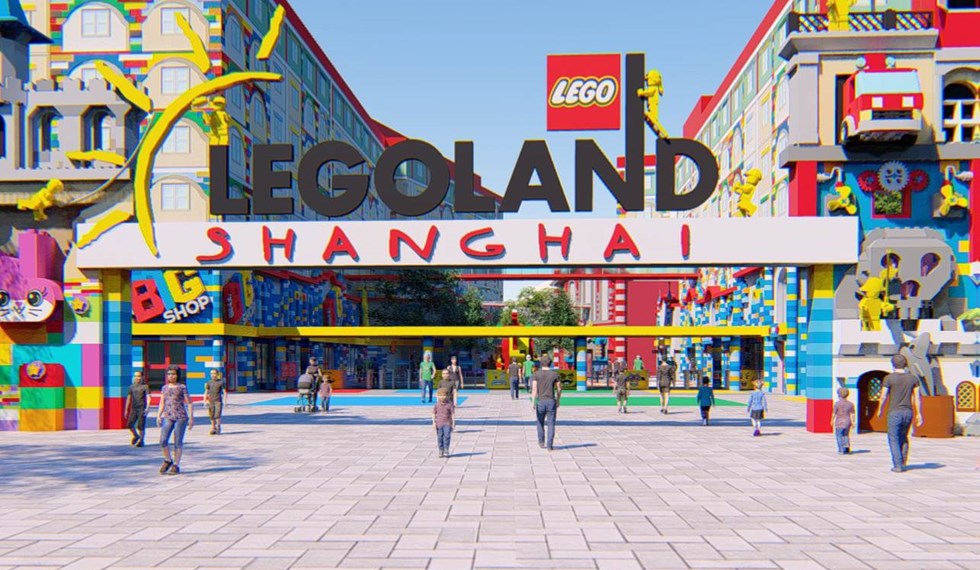 China is a focus of significant development and investment by Merlin. Since the start of 2018, the Company has opened five new Midway attractions, including the world’s first Peppa Pig World of Play (Shanghai) and Little BIG City (Beijing). The LEGO Brand has also been established as the leading toy brand in China and has seen annual double-digit growth for more than a decade. With millions of LEGO Fans now in China, the basis is certainly established for LEGOLAND Shanghai.

The building of the LEGOLAND® Shanghai Resort is part of the Jinshan District’s ‘five-year plan’ for the area, which seeks to establish a new area of cultural and tourism development in this region of the Yangtze River Delta. It is envisaged that the construction of the resort will be accompanied by the establishment of other businesses in the vicinity including hotel accommodation, retail, sports facilities, offices and high-end housing.

“China represents a great opportunity for strong global brands and I am delighted to work with our partners to bring one of the world’s largest LEGOLAND® Resort to Shanghai, which builds on the other attractions we have developed in this exciting part of the country. The Shanghai LEGOLAND® Resort will be a must-visit destination for playful learning experiences for the millions of people who live in the vicinity and beyond. The Merlin team looks forward to working with our partners to develop the creative concept design for the resort and making it a reality, marking a significant milestone for Merlin’s presence in the Chinese market.” 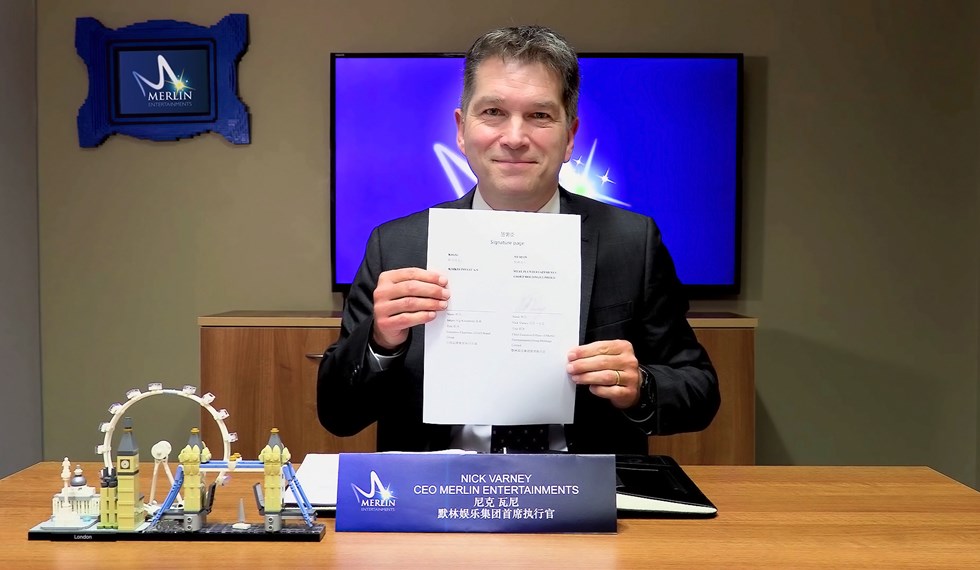 “The LEGO® brand has increased its presence, revenue and contribution in China during the past decade to create a positive impact on the development of the Chinese society with learning through play experiences. We are excited about the opportunity to bring LEGOLAND® to Shanghai Jinshan. It will give Chinese families even more opportunities to experience the benefits of LEGO® play and have fun together. We have been pleased with the positive response the LEGO® brand has received in China. KIRKBI, the LEGO® Group and LEGO® Education look forward to continuing to invest to bring even more exciting experiences to families in Shanghai and the Yangtze River Delta.”

“Jinshan District is striving to build a bridgehead for the integrated development of the Yangtze River Delta, and the Fengjing area of Jinshan, where LEGOLAND® Shanghai Resort project is located, is in the geographical center of the Yangtze River Delta. Facing the "14th five-year plan" period, Jinshan District will give full support to the strong halo effect which will be created by the building and opening of the LEGOLAND® Shanghai Resort. The project will become a new cultural and tourism landmark promoting the Yangtze River Delta and the surrounding areas. It will also help advance the pace of industrial upgrading, urban renewal and rural revitalization, and accelerate the construction of Shanghai's southwest urban sub-center, thus contributing to the high-quality development of Yangtze River Delta integration.”

“LEGO and LEGOLAND have an enormous fan base around the world. The town of Fengjing in Jinshan District is an excellent option of an advantageous location at the center of Yangtze River Delta with remarkable economic growth momentum and purchasing power. As one of the partners in LEGOLAND Shanghai, CMC Inc., having extensive resources, profound consumer insights, and local operation experience in media and entertainment, will work closely together with Jinshan District, KIRKBI, and Merlin Entertainment on the development and operation of LEGOLAND Shanghai, to create a destination and experience of fun and inspiration for kids and family from Shanghai and China.”